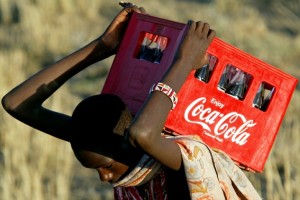 – PHOTO TAKEN 20DEC03 – A young Maasai carries a coca-cola bottle container before the graduation to manhood ceremony in Kisaju, 80 km east of Kenya’s capital Nairobi, December 20, 2003. As the young Maasai boys reach the age of 15, they have their coming-of- age ceremony which initiates them into elderhood. Taking control of the fight against AIDS in an unprecedented move, the warrior leaders pronounced changes in the centuries-old rules for sexual and social actions during the ceremony, in order to stop the spread of the scourge among their people, a precedent which must be followed by all of the 400,000 Maasai and their Maa speaking neighbors.

View all posts by: Sofia